Located in the heart of Asia, Singapore represents a community of cultures still trying to define itself. After establishing independence from Britain in 1965, Singapore became home to an eclectic mix of Chinese, Malay, and Indian people. Thais, Filipinos, and Eurasians also call Singapore home and visitors walking down the street are often startled by the way their lifestyles both clash and blend.
WHEN TO VISIT SINGAPORE 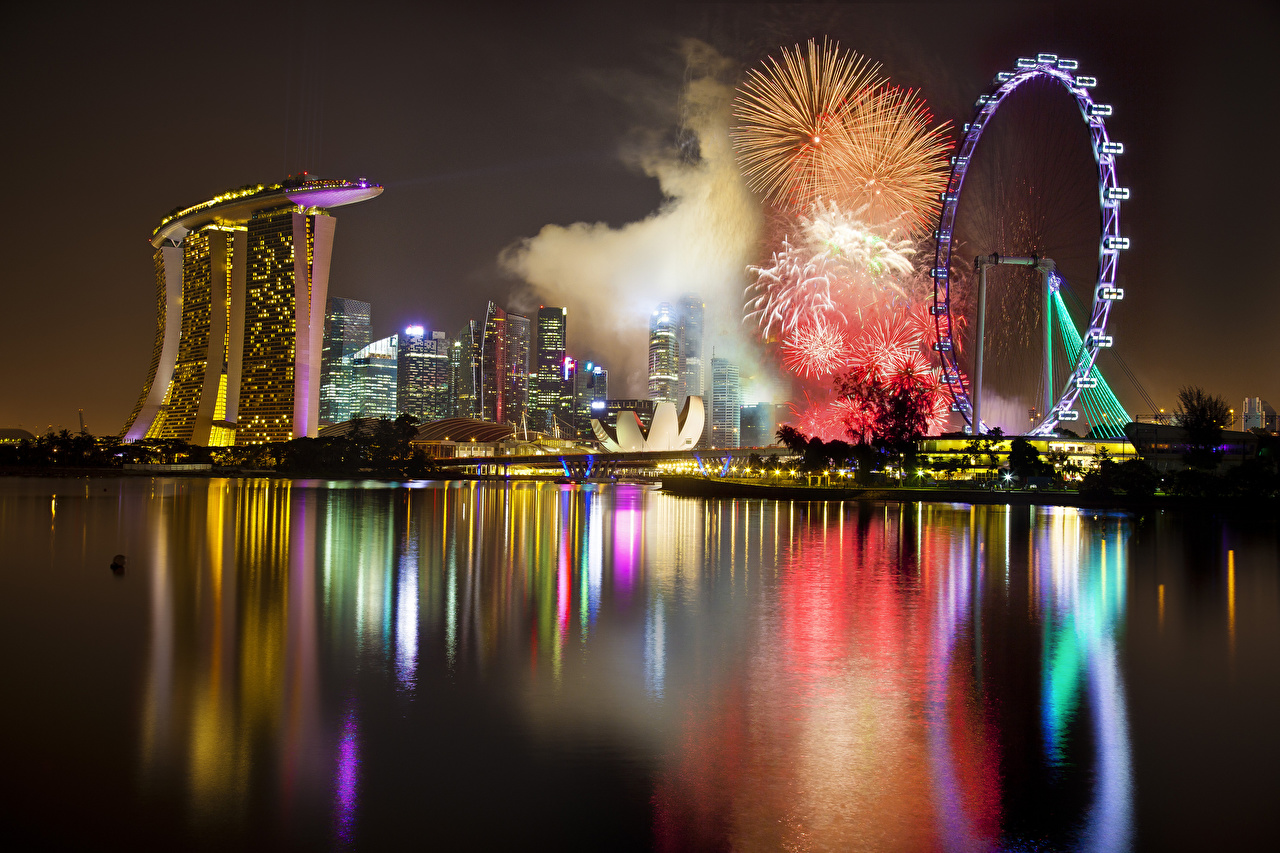 The seasons in Singapore are very similar so if you’re looking to plan a trip around the climate you need not worry about when to visit. The only time the weather varies is between November and January when you may find yourself visiting during a rainier time of year. The average temperature in Singapore throughout the year is approximately 80 degrees Fahrenheit (or 26.6 degrees Celsius). The weather aside, the best way to plan your trip to Singapore is by checking the calendar of events. The Great Singapore Sale (a must for shoppers) takes place between May and June and the Singapore Arts Festival is usually held in June as well. The Singapore Film Festival (April) and Singapore Food Festival (July) are also favorites.

MIND YOUR MANNERS WHILE EATING IN SINGAPORE 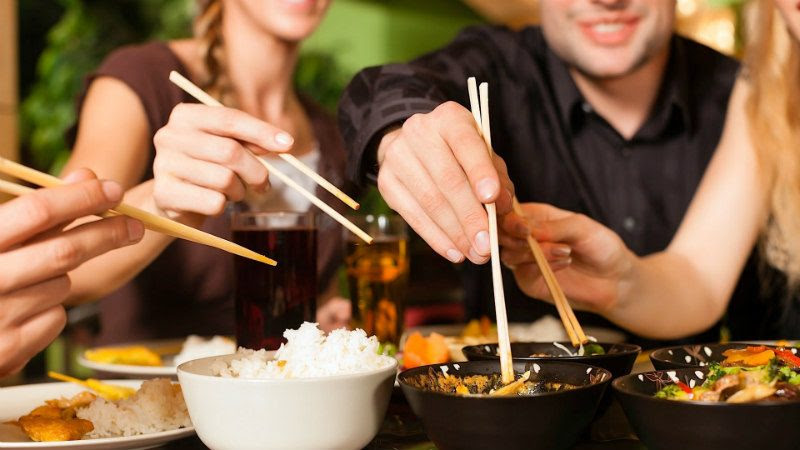 Dining etiquette in Singapore isn’t complex, but deserves a mention. There are a number of dining habits we have in the west that are not practiced in the east. First of all, the average restaurant in Singapore serves food family-style whereas in the west this is the exception and not the norm. In most restaurants all of the dishes will be placed on the table at once so that everyone can begin eating together but if you are in a very formal setting the meal will be served one dish at a time. If your Singaporean companion serves you during the family-style meal he is doing so because he has a high level of respect for you. It is considered polite to do the same in turn when your companion’s bowl begins to grow empty. Pay special attention to the way you use your chopsticks. Never leave them sticking up out of a bowl of rice – a gesture that is considered a bad omen. When you are finished eating dip your chopsticks in tea and then wipe them clean before putting them aside.   Don’t forget that because of the vast blend of cultures found in Singapore you may be dining with individuals who have strict dietary restrictions. In many cases these restrictions are guided by their religious beliefs, but make sure you ask about everyone’s needs before choosing a dining establishment.

VISITING A WET MARKET IN SINGAPORE 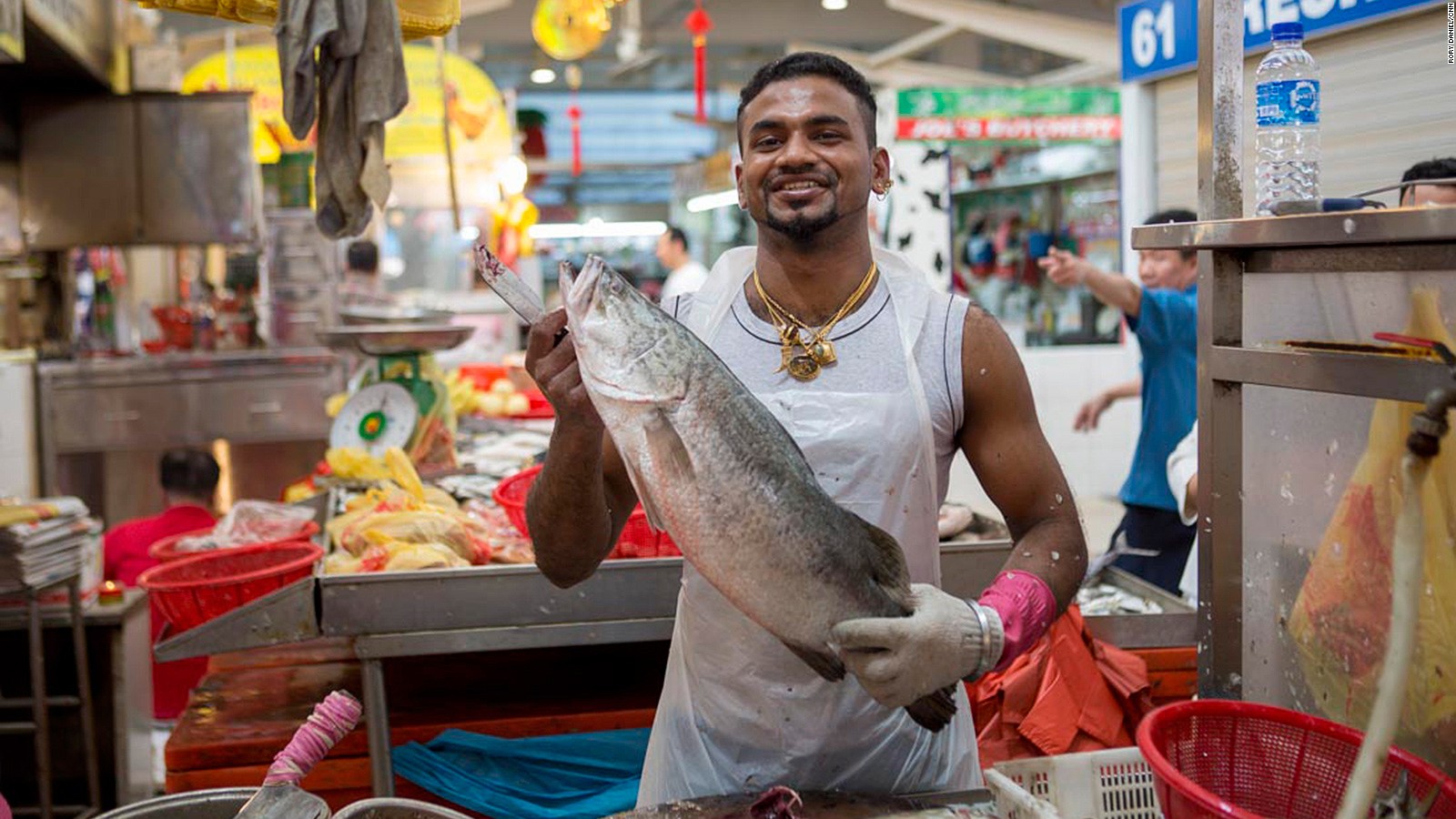 Most communities around the world have some sort of meat and produce market, but only in Singapore will you find a wet market. Wet markets have earned their name quite literally – the building and stalls are frequently hosed down with water to keep them clean. Make sure you wear pants and shoes you don’t mind getting wet when you visit.   Most of these markets actually have two sections – a wet section for meats and vegetables and a dry section for beans, noodles, and herbs. In the wet section you’ll find your average far as well as a blend of eels, frogs, and maybe even turtles. Two of the most frequently visited wet markets are the Chinatown Complex (well known for selling seafood, pork, and eels) and the Tekka Market (popular amongst locals looking for beef, mutton, and freshwater fish). Both markets sell toys, clothing, linen and a wide variety of souvenir-type articles. 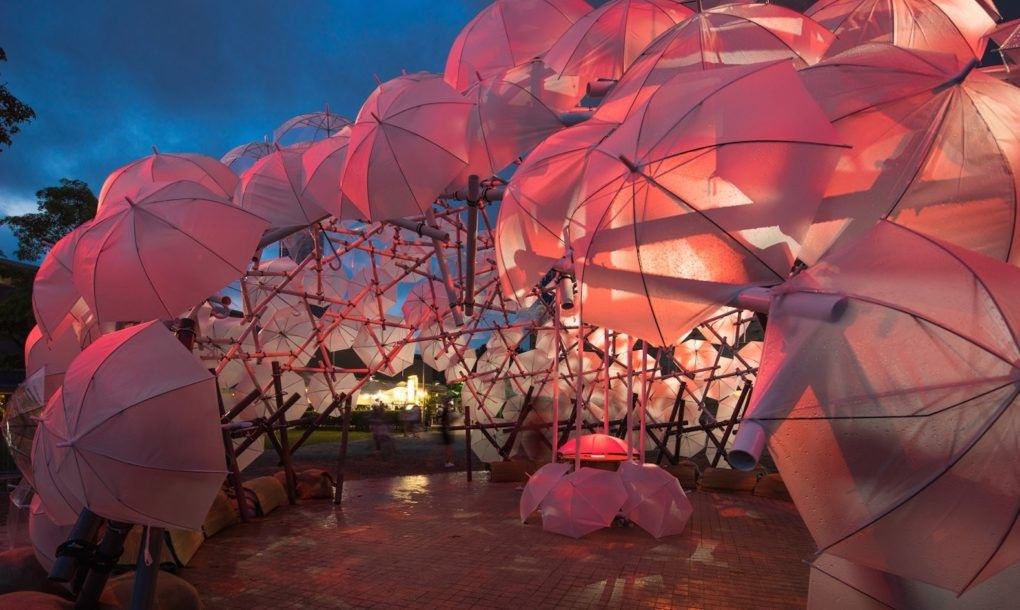 Singapore hosts over a half-dozen different arts festivals throughout the year. The odds are high that you’ll plan your trip around or near one of these incredible events. The Singapore River Busker’s Festival, for example, is held in mid-November and features shows put on by a wide variety of street performers. The festival lasts for an entire week and most of the performances happen after sunset. Stop by to see musical performances as well as sword-swallowers and a myriad of other entertaining individuals. The Singapore International Comedy Festival is another favorite. Held in either March and/or April, the festival attracts comedians from all over the world. Most attendees are hand-picked based on their performances at other global events and are then invited to Singapore. During the first week of September you are likely to stumble upon the WOMAD festival (World of Music Arts and Dance). Throughout the three day event you’ll witness spectacular performances showcasing international traditions and ethnic cultures from around the world.
at April 03, 2021